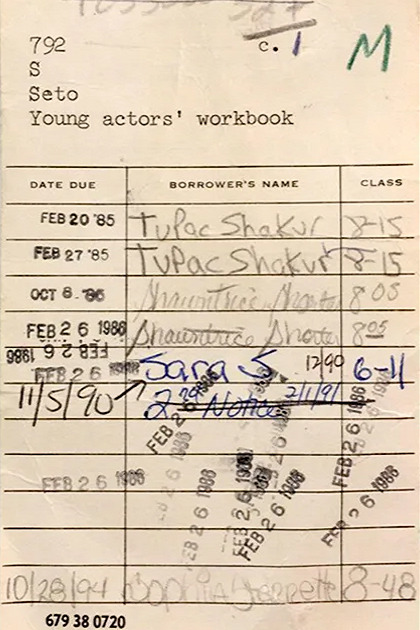 Hovertext:
I'm available to write this script for free in 30 minutes.

The necessary IP rights necessary to make that movie are astounding.

DexX
Give it a couple of years and Disney will own all of them.

As much as I hate cops I feel like it pretty much proves my point to START with the article in the cop magazine about how the Rodney King riots changed policing in LA:

Here’s some historians talking to Vox about rioting:

And here is the full 17-page PDF of an article published by the American Political Science Association in their journal, I’m linking to the whole thing but I’m only going to reproduce the conclusion here:

And also just because riots may or may not be politically expedient doesn’t prevent them.

I want to talk for a second about the concept of a state monopoly on violence.

The state isn’t holding up its end of the bargain.

The state has lost its right to a monopoly on violence.

I am maybe applauding a little when they set fire to a massive corporation that has utilized the violence of the state against citizens while working hard to protect itself against workers (Target) and I’m applauding the destruction of symbols of inequality and institutionalized racism (Rodeo Drive in LA and the Market House in NC and all the statues of racists on this list) and I’ma be real here, I kind of always think police stations should be torn down brick by brick or forcibly converted into libraries or low income housing.

So while the violence is not ideal I don’t think that it’s illegitimate. The state has lost its right to a monopoly on violence and a violent response is certainly one way to make that point.

But here’s the other thing:

All these riots started with peaceful protests against state violence. There are thousands of photos and videos of peaceful protestors peacefully protesting and having speeches and asking for change.

And there are hundreds of videos and photos of cops launching tear gas and rubber bullets at these peaceful protestors. There is a staggering amount of evidence that in city after city police escalated tensions and introduced violence to peaceful protests.

(and please let’s remember: all of this started in response to an act of police violence. These riots didn’t fall out of a clear blue sky, they are a direct reaction to four police officers killing a man by kneeling on his neck for eight minutes while he begged for his mother and his life. That is, in my opinion, something completely worth burning down a police station over even if that act never accomplishes anything further than burning down that police station)

If I’m somewhere where there are Educational Personell (Museum Docents, Q&A zookeepers, Park Rangers, Public School Teachers, Professors etc.) I have a question I like to ask them:

“What’s the weirdest question someone’s ever asked you?”

I say weird and not Dumb becuase even buckwild questions can have important answers, but whoever I ask it too usually has to think about it for a bit, then comes out with something different every time.  And I love every single answer becuase it just warms my heart out there to know people are trying to understand the world a bit better, no matter how limited thier starting point. A collection of favorites so far:

“Death by T. rex meat poisoning” is a pretty metal way to go, though

T. rex meat poisoning has really weird "fucked around and found out" vibes 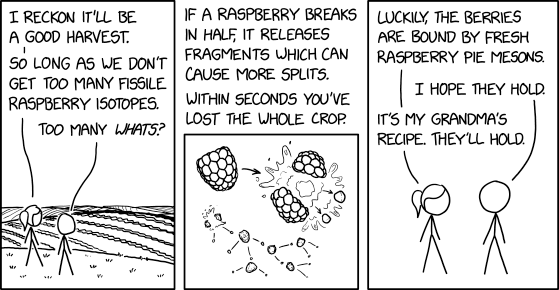 I always preferred yellowcake, myself.

Grandma's shelf-stable blackberry pie meson recipe was a huge seller until her farm was shut down by a joint FDA/NRC investigation.

tiedyerainbowpuppy:runawaymarbles:rimurutempest:bauliya:I love the x-men so much...
Tuesday August 10th, 2021 at 5:01 PM

I love the x-men so much because that’s just what leftist infighting is like! that’s literally all it is! xavier is a sellout and they all hate him but he’s the only one with any money. everyone complains about “they keep switching sides and dating each other it’s so fucking confusing” like my dudes have you never been a part of any socialist organisation, ever. then people will go “magneto is so strong how has he not killed a bunch of teenagers” HE DOESN’T WANT TO KILL THEM! this started in a goddam basement over coffee he does not want to hurt them he just wants them to shut up and listen and will fling cars to do so

Magneto one drink in: I love Charles but hes such a kiss ass we don’t need to be FRIENDS we just need mutual aid communities and to be left alone

Professor X one drink in: what the fuck is his self sustaining mutant community going to do for all the mutants born to human parents, which is MOST OF THEM, he’s so gay he’s forgotten how babies are made and I want to kiss his stupid face

[ID: tags that say “#every other hero group is a bunch of billionaires beating up poor people but xmen is honestly how activists with slightly different politics #would treat each other if they could shoot lasers from their eyes”. End of ID.]